SPEAK WITH A KNAUF SPECIALIST

The construction of the nine-storey, 39-apartment Bishopsgate complex in Newcastle, NSW, had all the makings of a complex project.

Situated on a small corner block with two adjacent buildings, the loading and transferring of materials to the site posed a significant logistical challenge.

The project required a wall system that could work with these limitations rather than against them.

A PARTITION WALL SYSTEM THAT ROSE TO THE TASK - INTRWALL

Impressed with Knauf's IntRwall system on a previous job, Luke Thompson and his construction team at Shoreline chose IntRwall for Bishopsgate because they were confident it could meet the project’s exacting requirements. As a new type of partition wall system, IntRwall had the flexibility to both facilitate testing of enhancements and customisation of improvements, but it was really the many notable installation benefits that put IntRwall above other products on the market.

“It streamlines our efforts to load the floor and install the wall,” remarks Thompson. 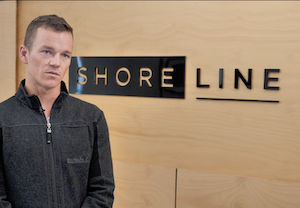 "The biggest and best benefit is the fire stop. It's now inside the wall and not on the external. While previously, we would have spent seven days on this level; we're now doing about five days. The speed and production that the boys can get out is a whole lot better than what we were doing before.”

THE TECHNICALITIES THAT MAKE A WORLD OF DIFFERENCE

Knauf’s IntRwall is based on panelised construction principles – the next generation of the highly successful Eurekawall® separating wall system for apartment buildings. Designed with ease of use and installation speed in mind, IntRwall is light enough to remove the need for heavy lifting equipment.

IntRwall utilises 25mm Shaftliner™ plasterboard panels that fit between steel H-studs. Outer linings on each side of the wall are fixed directly to H-studs, or on furring channels or free-standing steel studs, and then services can be easily incorporated into wall cavities on either on one or both sides of the wall.

In order to achieve maximum flexibility, IntRwall systems have been created so building designers can select the appropriate acoustic and fire-rated walls to match their design specifications. The overall result is better performance, faster construction and productivity, and increased profit.

As Luke Thompson admits, “Having a thorough understanding of what we're installing, and then using a product that's easy to work with – and obviously well specified – certainly helps us to achieve the compliance of the wall type, and then also to deliver that in a productive fashion so we can make money from the installation.”

While the benefits of the IntRwall system speak for themselves, Knauf’s technical systems design support to the entire project team – the architect, builder and the wall systems contractor during the build – certainly helped deliver a successful project.

“The major component of that [support from Knauf] was actually the changes and the support with the systems,” explains Thompson. “This version of IntRwall had some small changes to the system that really benefited us in an installation capacity. I think that Knauf’s proactive involvement in supporting us and making those changes was the major contributor for us on the project.”

“We would definitely recommend Knauf as a supplier to other projects,” concludes Thompson. “We actively involve Knauf in our tendering process to work the best benefit in trying to achieve outcomes for our company, as well as for our clients.” 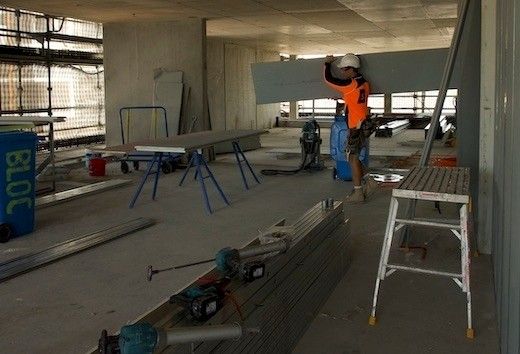