SPEAK WITH A KNAUF SPECIALIST

Situated on the picturesque Gold Coast, the Meriton ‘Ocean’ apartments will be the first beach-front tower constructed by the residential developer. Currently in the early stages of construction, Ocean is a 76 storey super-tower comprising of more than 700 units, including 403 for permanent residents and 319 serviced apartments under the Meriton Suites brand, and five penthouses. While Meriton is known for predominantly building in New South Wales, this project will be the developer’s 19th high rise building on the Gold Coast.

Being installed by JT Interior, the  Knauf twin stud system is a lightweight plasterboard solution, which makes it a cost-efficient alternative to other walling systems previously used by Meriton. It provides architects with more design freedom by enabling redesign during the build to be actioned quickly if required, and is a healthier material to work with from a lifting and cutting perspective. 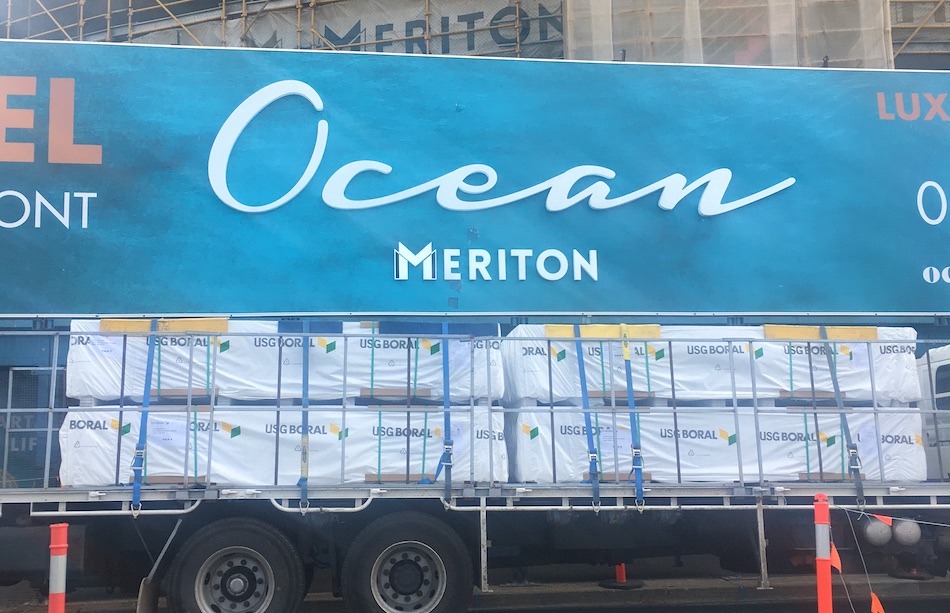 “I’m really impressed with the support Meriton has received from  Knauf. This has made the transition from the existing wall system to the twin stud system a lot easier”

Knauf twin stud wall system is comprised of Rondo metal stud and track with 16mm  Knauf Firestop® on either side of the wall. Locally made with natural and recycled materials, creating a fire-rated and high-level acoustic buffer between units, as well as delivering excellent thermal insulation.

The acoustic benefits of the  Knauf Twin Stud Wall System make it ideal for inter-tenancy living projects such as Meriton’s Ocean apartments. Performance testing shows superior outcomes for reducing critical low frequencies such as those from TV and sound systems, it protects residents from disturbances in corridors and other apartments and provides confidence in high density living which is critical to high rise developments.

“I’m really impressed with the support Meriton has received from  Knauf. This has made the transition from the existing wall system to the twin stud system a lot easier,” said David Cremona, National Director of Construction and Director of Meriton Group. “Meriton is looking forward to introducing the twin wall system to the NSW projects as both Harry Triguboff and I believe this is the way forward.”

This project has been underway for more than two years, and  Knauf has been delivering product for the first five floors since February 2020. More than 220,000 square metres of  Knauf plasterboard has been specified for the Ocean super tower, including Firestop®, SHEETROCK® HD and WETSTOP™. The project is on track and due for completion mid-2022. 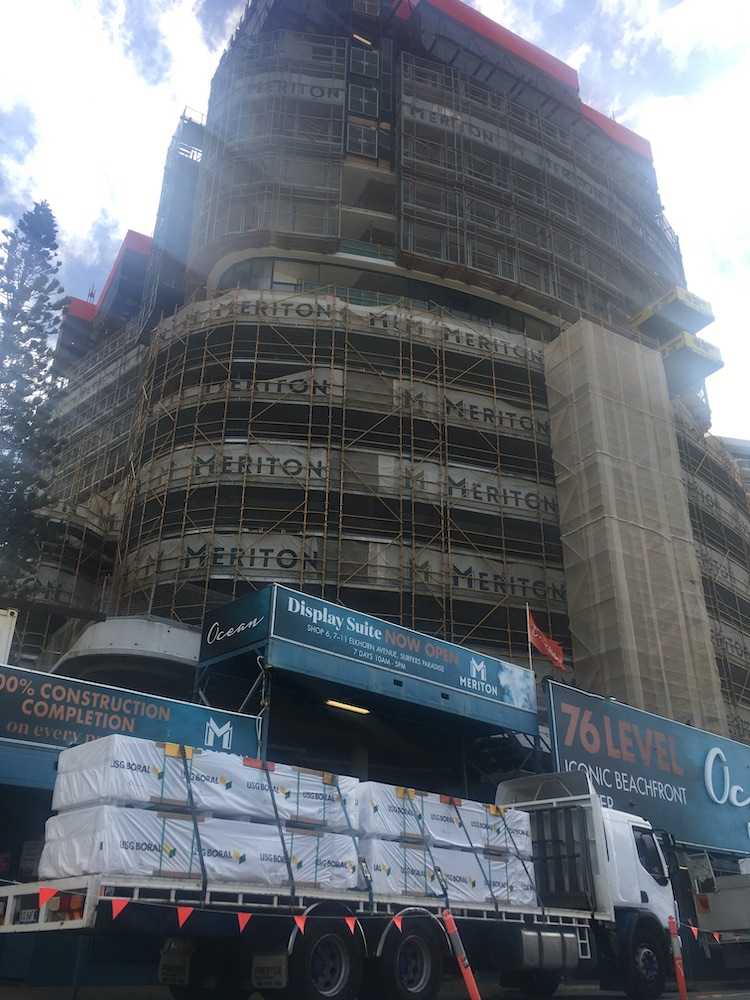